IMDb: 3.8 2014 88 min 7 views
Erick, a young Viking warrior, joins forces with a rival clan in order to rescue a kidnapped princess from the great Midgard Serpent. It's a perilous task with a risk far greater than merely their own lives; by rescuing the princess, they might cause Ragnarök - the end of the world.
ActionAdventureFantasyTV Movie

IMDb: 5.9 2014 113 min 4 views
In this Thai horror comedy sequel, Nick, Bew, James and their friend are preparing for their university admissions, but because of James' less than desired results, he brings his friends to get the blessings of Mae Nak. Nick doesn't believe in Mae Nak and constantly makes fun of it. Suddenly, the group finds themselves in the realm of Mae Nak ...
ComedyHorror 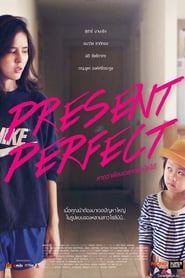 IMDb: 8.3 2014 44 min 8 views
The movie centers around a young hipster girl who loves to party. One day, she has to deal with taking care of naughty niece that she has never met before and on top of it all, she is trying to sort out her past love that could somehow affect her future.
Drama