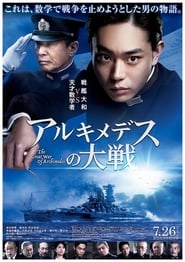 IMDb: N/A 2019 130 min 15 views
It is the early 1930s and the command of the Japanese Imperial Navy determines to construct the world's biggest and most formidable battleship, Yamato. One of the admirals, Yamamoto Isoroku, disagrees. He recruits the upstart and mathematics' expert Tadashi Kai who discovers there are discrepancies between the official cost estimates and the actual figures. They soon find out that they ...
ActionDramaMysteryWar

IMDb: 7.4 2016 156 min 8 views
A stranger arrives in a little village and soon after a mysterious sickness starts spreading. A policeman is drawn into the incident and is forced to solve the mystery in order to save his daughter.
HorrorMysteryThriller

IMDb: 6.5 2011 90 min 8 views
Adapted from Japanese film called Rashomon, U Mong Pa Meung (The Outrage) takes place in a wood during Thai’s Lanna period where a mysterious murder happens. The story is told through three witnesses: a young monk, woodcutter and undertaker.
CrimeMystery

IMDb: 8.4 2003 120 min 7 views
With no clue how he came to be imprisoned, drugged and tortured for 15 years, a desperate businessman seeks revenge on his captors.
ActionDramaMysteryThriller