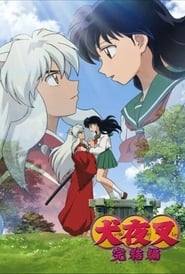 2009 9 views
InuYasha's story draws to a close but not before finding Naraku and the Sacred Jewel, and facing new enemies and new dangers.
Action & AdventureAnimationSci-Fi & Fantasy

IMDb: 6.1 2005 8 views
The series focuses on an eccentric motley crew that is the Smith family and their three housemates: Father, husband, and breadwinner Stan Smith; his better half housewife, Francine Smith; their college-aged daughter, Hayley Smith; and their high-school-aged son, Steve Smith. Outside of the Smith family, there are three additional main characters, including Hayley's boyfriend turned husband, Jeff Fischer; the family's ...
AnimationComedy

IMDb: 7.5 2000 9 views
Kagome Higurashi is a modern day young girl who lives with her family by the old Higure shrine. Unbeknownst to Kagome, she is the reincarnation of priestess Kikyo and posseses the "Jewel of Four Souls" (the Shikon jewel). One ill-fated day, Kagome locates an ancient well near her home and is abruptly transported through the well and into a feudal ...
AnimationSci-Fi & Fantasy

IMDb: 7.1 1989 11 views
Set in Springfield, the average American town, the show focuses on the antics and everyday adventures of the Simpson family; Homer, Marge, Bart, Lisa and Maggie, as well as a virtual cast of thousands. Since the beginning, the series has been a pop culture icon, attracting hundreds of celebrities to guest star. The show has also made name for itself ...
AnimationComedy 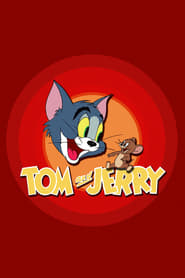 IMDb: 7.8 1940 8 views
Tom and Jerry is a series of theatrical animated cartoon films created by William Hanna and Joseph Barbera for Metro-Goldwyn-Mayer, centering on a rivalry between a cat and a mouse whose chases include slapstick comedy.
AnimationComedyKids